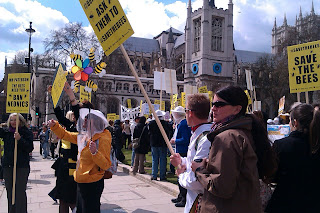 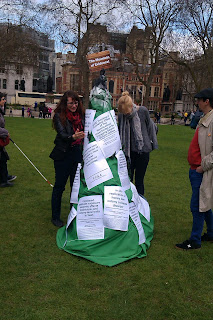 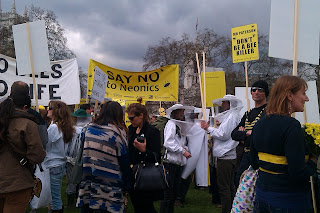 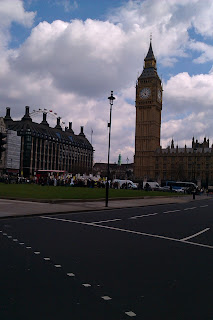 Today I took part in the march in Parliament Square to try and sway the vote in Parliament next Monday on banning certain pesticides from farming practice in the UK.

As the Soil Association outlines in its leaflet ‘Keep Britain Buzzing’ published in 2012 to raise awareness of the decline of bees in the UK:

“1990’s Neonicotinoids such as Imidacloprid and Thiamethoxam are in routine use.  Scientists are now discovering that even very low doses of neonicotinoids, well below what many used to consider a ‘safe’ level of toxic chemical, can disrupt bee behaviour.”

Needless to say, bees and insect pollinators play a huge role in our food production and it is for these reasons that I am making the ‘Offerings to the Insects’ collection of sculptures.